Home » About the MHA » Leadership » Chiefs of Staff

Dr. Gary Perkin has held privileges at Strathroy Middlesex General Hospital (SMGH) since 1975, having graduated from the University of Western Ontario in 1974.

He is currently the Chief of Staff for Middlesex Hospital Alliance (MHA), a position he is very familiar with, having served in the role as Chief of Staff previously from 1989 – 1995 and 2001-2007.

Dr. Perkin has an active family practice in Strathroy. 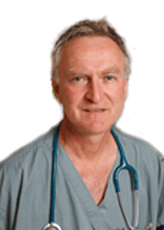 The Middlesex Hospital Alliance offers careers in many different professions. View our listing of jobs to see current vacancies and to apply today.

Middlesex Hospital Alliance continues to monitor the situation with the novel coronavirus (COVID-19).

Our medical services and specialties and the conditions we treat, listed alphabetically...

Learn what you need to know to plan your hospital stay...

Send a Patient an eCard

Patients in the hospital love to get well wishes from friends and family. We have made it easy to send a free greeting card...